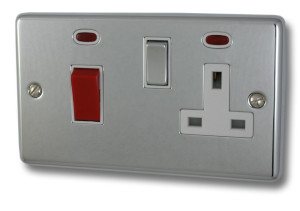 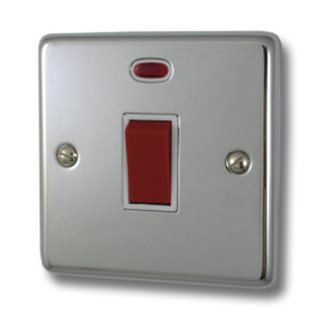 Many (Many!) Chrome Cooker Plate Styles

Once you've chosen the plate and finish, it's on to the plate style. Within each chrome finish we have any different styles. They vary from the traditional plates, such as G&H Brassware's Contour chrome switches, Varilight's Classic switch plates or the stylish Deco switch plates.

We also have a number of traditional chrome cooker switches, including Georgian, Victorian, and the solid Vintage Cast plates, for the ultimate luxurious finish.

Please remember that you will need a deeper back box if you go for the flat plate cooker switches. Our manufacturers would recommend using at least 47mm deep back box with these plates.