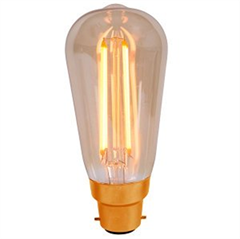 Lumens are the measurement of visible light to the human eye. In simple terms they measure how 'bright' a light is.

With modern lighting, especially LED lamps and bulbs, Lumens are the measurement used to measure the brightness of light, often along with the light colour, which normally denotes how 'white' the light is.

Why the change from Watts?

Everyone is familiar with the traditional light bulb, with a 60W (or 60 watt) light bulb being the staple light used in the home, so why have we changed to use lumens instead of watts? The problem with watts as a measure of light is that it's actually a measure of energy, not light. This used to be fine, as most light bulbs were about the same brightness and used about the same energy, but in modern lighting, especially LED bulbs, this doesn't work. LED lights are a lot more efficient than traditional light bulbs, with 80-90% improvements on energy costs, compared to traditional (incandescent) light bulbs being normal, with an 11.5W LED light bulb often giving off as much light as 60W incandescent bulb.

Each manufacturer has a different light output, so the energy used (in Watts) doesn't give you any reasonable idea on brightness. There are lots of variables with LED lights. The quality of the LED lights used, the reflectors used, the drivers, all hidden within the light bulb. As a result we need something more accurate to measure the light with, and this is where Lumens are used. 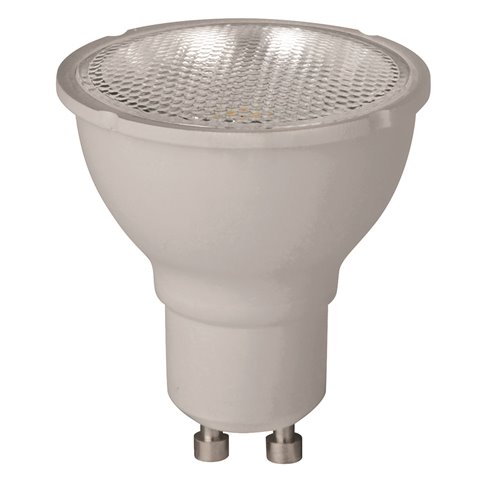 So you now know that watts just don't make sense in terms of light (they are still important for energy consumed, so still keep an eye on them) but it can be confusing to try and translate the brightness of a traditional light bulb to lumens. We've given you a rough guide to a few of the most popular lights bulbs you may use:

What are Useful Lumens?

While lumens are useful for non-directional light bulbs - bulbs that throw light out from every direction. It can get more complicated with directional light. The most popular lamp for this type of light is a GU10 spotlight. With these lights the brightness in the centre of the light is the important light. Some of the light around the edges, called light spill, is not useful light.

To make it easier for people to understand how much light you can expect to get from this type of light the EU have introduced 'Useful Lumens'. This is the light you can expect within a 90 degree arc from the centre of the lamp (bulb). In other words, the light that you will actually be able to use in a spotlight. These ratings are usually lower than the overall lumens, but we would suggest these are he best rating to use in these bulbs.

Made to order plates: Varies, please check product for details

Additional £8.99 express delivery upgrade available on many items (Must be ordered before 2pm).
Please note, accurate delivery date will be given at the checkout and on the email confirmation.