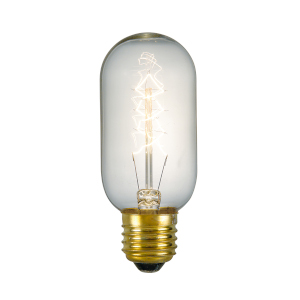 What are the Different Types Of Light Bulbs Available?

In case you are unfamiliar with the various types of lamp or bulb out there, we have written a brief guide to explain them, below.

This is the original light bulb that you are bound to recognise. There is an attempt the phase this out, the 150 watt and 100 watt bulbs are already outlawed (although you are able to use up old stock).

These bulbs work by passing a current through a thin wire which heats up producing the light. It's the original light bulb, unchanged almost since it was invented.

There is an advantage to these bulbs, they are very reliable with dimming, which can save energy, but has almost completely been superseded by LED in recent years, especially since the LED bulbs have dropped so dramatically in price. The end really is in sight for these kind of bulbs, we would suggest considering upgrading to LED at the first opportunity. 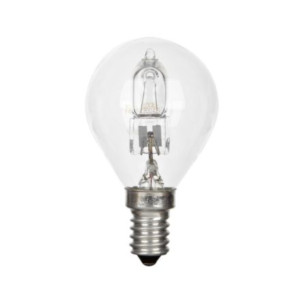 For many years halogen lamps and bulbs have been the mainstay of the lighting world. The standard halogen spotlight lamps were the main source for modern downlights, especially in the kitchen area. In more recent years these have been replaced by LED lamps instead.

Recent legislation has banned all halogen lamps other than those where there is still not an equivalent replacement. This is essentially linear halogen, G4 halogen and G9 halogen capsules. It is not illegal to sell current stocks of halogen lamps and bulbs, but expect to see them exiting stores very soon indeed.

These were the original replacements, known commonly as 'energy saving light bulbs. These days they have lost popularity because they take time to come to full brightness and can’t be fitted into every appliance. The also will not dim (except some specially designed to dim which are expensive and have other limitations). The colour rendering is not constant and they vary as they age. This means lights that start off white may dim or change to a more yellow light over time. 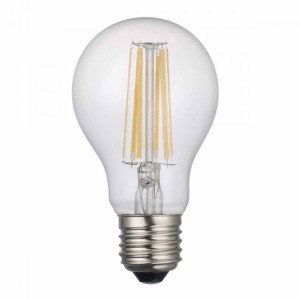 These LED lamps and bulbs are available as replacements for nearly all light bulbs and lamps are are most definitely the future for lighting.

Initially these were created as basic replacements for GU10 halogen downlights, and gradually other bulbs, such as traditional GLS light bulbs but these days, with a drop in price, improvement in technology and increase in the shapes and sizes offered they are becoming the standard in lighting.

One critisism of the original LED lamps was they didn't look particularly similar to 'normal' light bulbs. This has changed in recent years, with the addition of filament LED lamps and bulbs. They have LEDs in the shape of a normal filament, giving the impression of a more traditional bulb. These are also now being produced much brighter than in the past, so they are now able to replace 60 watt, 70 watt or even brighter traditional incandescent light bulbs with LED lamps with extremely low watts.

Dimming LED is a more complicated business than traditional bulbs, so it has taken a while for both bulbs and dimmers to catch up, but we now have a very good range of dimmable LED bulbs available at a very reasonably price. Just be aware that you need both a dimmable LED bulb and an LED compatible dimmer for these to work. Don't scrimp on these, we would suggest going for the best dimmers. In our opinion this means Varilight Pro dimmers. They are robust, dependable and work with pretty much and dimmable LED lamp or bulb.

In more recent years we have seen an increase in niche lighting, such as the vintage LED lights, which are a marked improvement on the traditional vintage light bulbs. They don't only offer a saving due to the lower wattage, but you are able to get much brighter versions. Something that was always a problem with older bulbs. Not only that, but dimmable bulbs are also relatively inexpensive too. 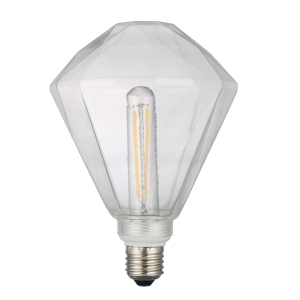 With the flexibility of LED lights, being able to be made in lots of flexible sizes and shapes, we are seeing a new breed of light pendant kits. Made up of the base light and then an interestingly shaped surround that replaces the traditional bulb shape. We think (and hope!) this will be a growing area in the future.

Once again, with the flexibility of LED lights you are seeing an increase in integrated light fittings. These are light fittings, like chandeliers and traditional ceiling pendants, but with the LEDs integrated into the light. The disadvantage of these lights is once the LEDs have stopped working you will need to replace the whole fitting, but with the average LED lamp having a burn time of between 30,000 and 40,000 hours, it's not something you need to get too worried about.

We at Socket Store believe the future is firmly set in LED lighting. That's why we've been selling them since 2011. We have a wide variety of lamps and bulbs to choose from, but we also have our dedicated team on-hand to help you if you get stuck, so feel free to call us on 02920 004 887 if you have any questions.