I agree to this usage
HomeHelp GuidesSockets and Switches GuidesWhat is a Two Way Light Switch? 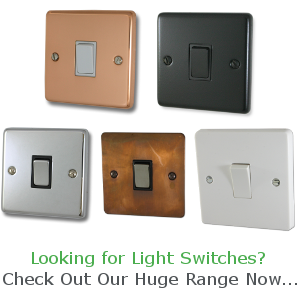 A two way light switch can also be used as a one way light switch, that is a switch that turns a light (or lights) on and off from one switch, without any other switches being attached to that light circuit.

When would I use a two way light switch?

You would use a two way light switch when you have two switches controlling one light, for instance in a hallway, where you have a switch at both ends of the hallway that controls the hallway light. You are able to switch the light on and off from either end of the hallway. 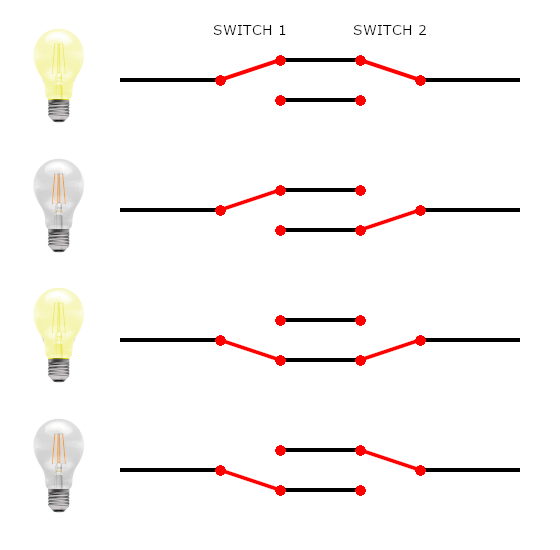 When would I use a one way light switch?

You would use a one way light switch when it is the only switch controlling a light in a room, for instance if you have one door into your lounge, and you have a light switch next to the door. 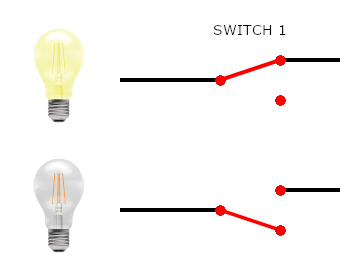 What about three light switches controlling one light?

Why don't you sell one way light switches?

As two way light switches are a lot more versatile that one way switches, and the price difference is negligible, we typically only sell two way light switches on our site (there are one or two exceptions in the Retrotouch range). This makes it a little easier to choose when ordering, and also caters for any changes that may happen during installation.