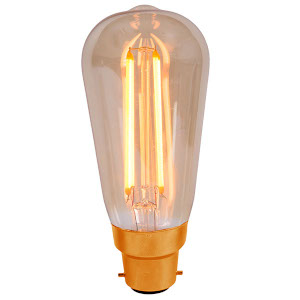 A brief history of LEDs

They are used in everything from televisions and computers to DVDs players and smartphones, as well as helping to create a soothing atmosphere in maternity wards and lighting up messages on drinks bottles! It’s hard to imagine just what we’d do without LEDs, yet they’ve been in existence for a relatively short time.

LED stands for light-emitting diode; a semiconductor diode that glows when a voltage runs through it. LEDs have become an essential component of many electronics and digital TV screens, as well as dominating the lighting industry, replacing older and less energy efficient incandescent bulbs in popularity. But where did LED technology begin?

The natural occurrence upon which LEDs work is electroluminescence, which was discovered in 1907 by Henry Joseph Round. A pioneering British researcher who worked with Marconi, he was performing experiments on the newly discovered crystal detector when he realised that light was emitted when a direct current was applied. It was the first recorded light-emitting diode – but unfortunately Round was about 50 years ahead of his time!

As their invention was infrared, it could not be seen, but a year later General Electric Company engineer Nick Holonyack invented the first visible red LED using gallium arsenide phosphide instead of a diode. Holonyack, who is now in his 80s, hold more than 40 other patents and invented the first light dimmer, yet he recently claimed to have been snubbed as the father of the LED in favour of scientists who later furthered his work. 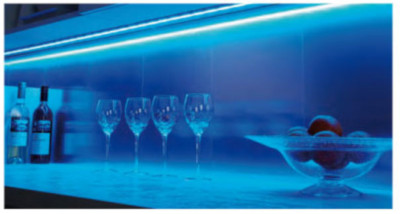 Although a red LED was an enormous development, the colour that scientists really wanted to create was blue, which was essential in developing white LED lamps bright enough for general lighting. In 1972, electrical engineer M George Craford took a step closer by inventing the yellow light emitting diode. He also created a red version that was 10 times brighter than Holonyack’s and the popularity of LEDs rose throughout the 1970s as a company called Fairchild produced low-cost versions for manufacturers.

It wasn’t until the 1990s, however, that the blue LED was developed by three Japanese professors; Isamu Akasaki, Hiroshi Amano and Shuji Nakamura. Their work paved the way for the white light that had eluded scientists for so long, and led to them being awarded the Nobel Prize for Physics in 2014. The chair of the prize committee said that the trio had succeeded where others had failed, but Prof Holonyack said he was ‘insulted’ that their work had been honoured whilst his red forerunner had been snubbed.

If you enjoyed this article, why not read our history of the light bulb!